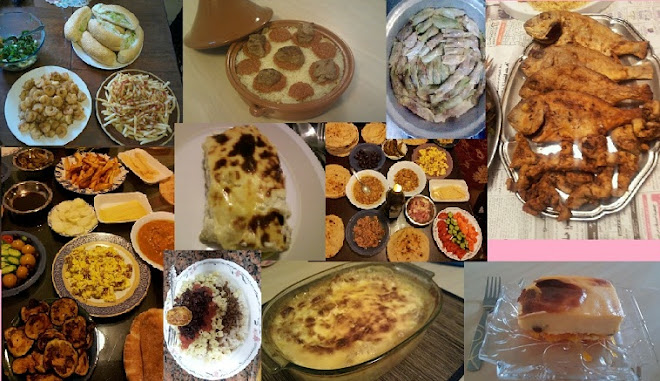 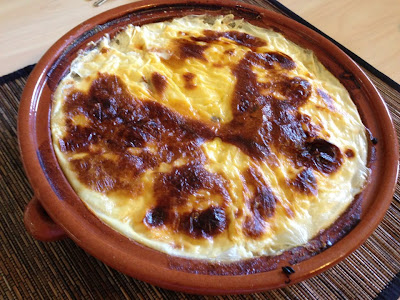 More delicious and better results! MmmM i love baked rice and so does my husband! hes not really that familiar with it because his mum never used to make it, but my mum did so I make it for him, and he loves it.. he thinks its a strange way to cook rice but nice. He even kept asking me while i was making if I was sure I knew what I was doing, as I was pouring the milk over the rice.. lool! but anyways here is the recipe..

2 cups of rice soaked in water for 15 minutes.
6 cups of milk
3 tablespoons of butter or margerine
1/2 cup of sugar
sprinkle of salt


In a sauce pan melt butter and saute rice in the butter until it turns pearly and slightly cooked. You will know when it turns abit see through and starts becoming dry, then transfer it to a tagine dish or a pyrex glass dish. Add sugar to rice and mix. In the same saucepan, heat milk until warm then pour over rice, mixing. then sprinkle the salt and mix. Place in a hot oven at 180 degrees, and bake. (if your using a tagine, dont use the lid.)  Once the rice forms a crust, mix because it wont be cooked although the crust forms. Keep mixing at 20 minute intervals, or when you see a crust forms, until the rice is fully cooked and soft. Voilaa! Beautiful Baked rice with awsome flavour if you use a tagine as well.
Posted by Muslimah for Jannah at 2:27 AM

Muslimah for Jannah
Just your average 20 something young mum, muslimah love my family.

Food in the Holy Quran

“O ye who believe! Eat of the good things wherewith We have provided you, and render thanks to Allah if it is (indeed) He whom ye worship” (2:172).

“He hath forbidden you only carrion, and blood, and swineflesh, and that which hath been immolated to (the name of) any other than Allah. But he who is driven by necessity, neither craving nor transgressing, it is no sin for him. Lo! Allah is Forgiving, Merciful” (2:173).

“O ye who believe! Fulfill your undertakings.The beast of cattle is made lawful unto you (for food) except that which is announced unto you (herein), game being unlawful when ye are on pilgrimage. Lo! Allah ordaineth that which pleaseth Him” (5:1)